Sam McFarland has taught human rights for more than 20 years and has a longer history as a human rights activist. Now the WKU Psychology Professor Emeritus is part of a task force that could help one of the largest professional psychological organizations in the U.S. better understand and support human rights. 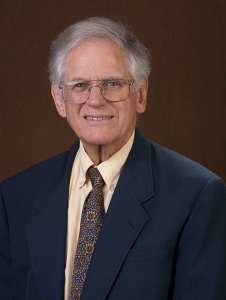 Dr. McFarland is one of six members appointed to the American Psychological Association’s Task Force on Human Rights. He said the task force was created in response to some psychologists aiding in the use of “enhanced interrogation techniques, namely torture” in Afghanistan and Guantanamo.

“It was a true catharsis experience for the APA,” Dr. McFarland said. “Nothing was ever done on APA’s behest. APA never encouraged it and, in fact, APA has standing principles against torture going back to the 1980s.”

But APA failed to police itself, he said, and as a result the association started losing members in protest. “It led to soul searching on APA’s part.”

Dr. McFarland’s background as an educator who has written extensively on human rights gives him a level of legal knowledge that is unique on the task force. As a result, one of his assignments is to help write a definition of human rights as it relates to psychology.

“That’s half of our task,” he said. “What are human rights and how do you think of the overlap of human and psychology?” He said they are also studying what has been done in other organizations across the globe.

The other half of that task is surveying all the division presidents in the APA to see what they are doing that is relevant to human rights and find out what APA should be doing.

Dr. McFarland called human rights “the most important untaught topic in university education.” He taught an honors course for 20 years at WKU and continues to teach a course on human rights heroes for the Society of Lifelong Learning. He is currently writing a book and offers “Human Rights 101: A Brief College-Level Overview” online.

Even so, defining human rights is not an easy task. The idea of human rights has evolved over the centuries from the right to live without the fear of torture to political, economic, social and cultural rights that extend to society providing for those who can’t provide for themselves.

Each of the task force members has written sections of the final report which is now being edited. Once ready, the report will be submitted to the APA Council of Representatives.

“APA now wants to move beyond that history and see how we can set a positive agenda for the APA to embrace human rights and use what professional knowledge we have in a variety of domains to advance human rights,” he said.

Posted with permission from WKU News

Suggest an edit to this page

Contribute to the WKURF.org Platform

Go to the Get Involved page to learn more.